The Mercedes Benz C-Class is a line of cars that have always been built to be considered ‘family friendly.’ Though Mercedes offers luxury cars through and through, its C-Class models have been not only the smallest, but some of the most popular models since 1993. Today, these models remain some of the best-selling options for Mercedes, thanks to their luxury features, and timeless reliability. However, over the years they have seen some changes as far as where they’ve been built. While they have never been manufactured in Australia, many other countries have seen Mercedes enter and make a statement. 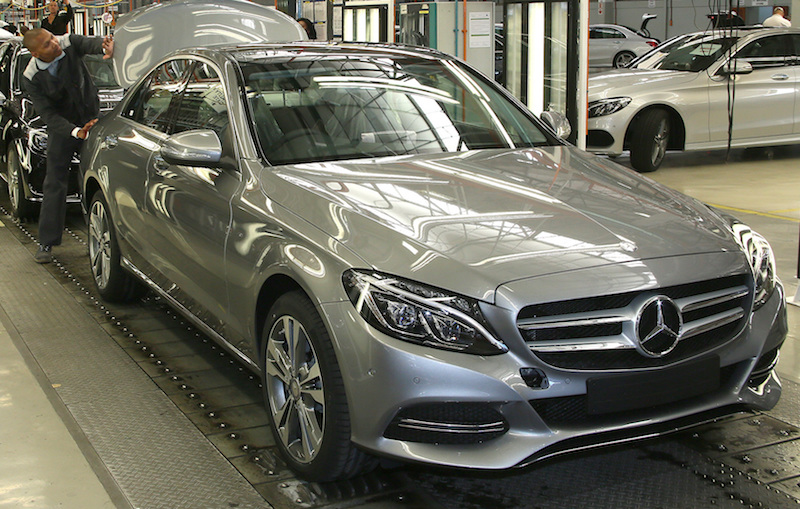 The first Mercedes Benz C Class car was introduced in 1993, known as the W202. It was built in Europe from 1993-2000, and its biggest claims to fame were its safety features and the fact that it was an entry-level Mercedes car, for people who may otherwise not have been able to afford the brand before.

From 2000-2007, Mercedes introduced the W203. Assembled mostly in Germany, this second generation vehicle featured a major upgrade on engines, both petrol and diesel. It also offered a sleeker design from the W202, with a less ‘boxed in’ feel.

Until 2014, Mercedes’ C-Class feature was the W204, also assembled in Germany, as well as parts of South Africa, India, Malaysia, Thailand, and Brazil. It had a tougher exterior than previous models, as well as smooth power steering. It became a star in most European markets for years, until the 2015 model arrived.

From 2015, through today, the W205 has been on top for Mercedes. Again, it’s produced in Germany, but first premiered at the Detroit, Michigan auto show. The W205 is known for being lighter in weight, and stronger throughout the body, blending showmanship and safety, once and for all.